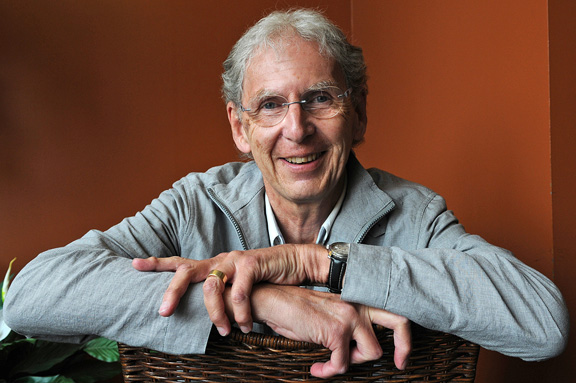 Here’s a few photographs I took of Jack Hodgins last week for an interview that ran in the Oak Bay News. I hadn’t seen Jack in a couple of years so it was great to have a few minutes to chat. His latest novel The Master Of Happy Endings is  just out. 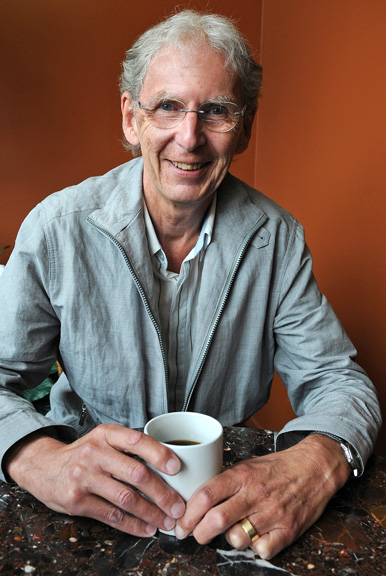 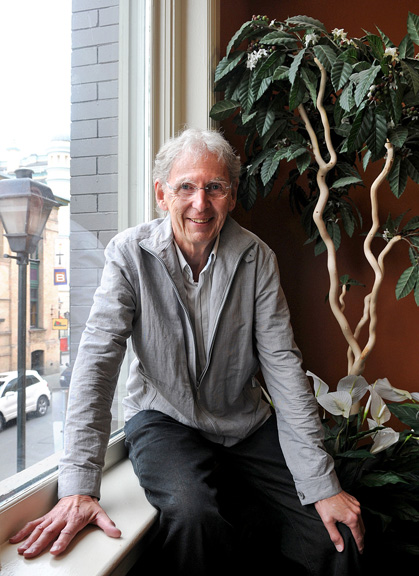 High Ground Press (Theresa Kishkan and John Pass)  have announced the publication of their Companions Series of poetry broadsheets.  The series was launched at the Alcuin Society’s Wayzgoose Fine Print Fair in Vancouver last fall and are available now to libraries and collectors.

Twelve  letterpress sheets feature poems by contributing poets written in response to poems they have chosen by their contemporaries or from the canon.  The companion pieces are printed en face .  Each sheet is signed and numbered by the contributing poet in a limited edition of 60 copies.  Approximately 40 sets are available for sale at $150 CAD. Sets include title sheet, colophon and folder.

Most of the contributors’ poems make their first appearances in print in the Series.

High Ground Press, run by John Pass and Theresa Kishkan from their home near Sakinaw Lake on BC’s Sunshine Coast, specializes in the letterpress printing and publication of poetry broadsheets and chapbooks in limited first edition. High Ground has published poems by many of Canada’s finest poets including GG Award winners Don Domanski, Don McKay, bp Nichol, Michael Ondaatje, John Pass, David Zieroth and Jan Zwicky. Its publications are held in the Special Collections of libraries in Canada and the US. 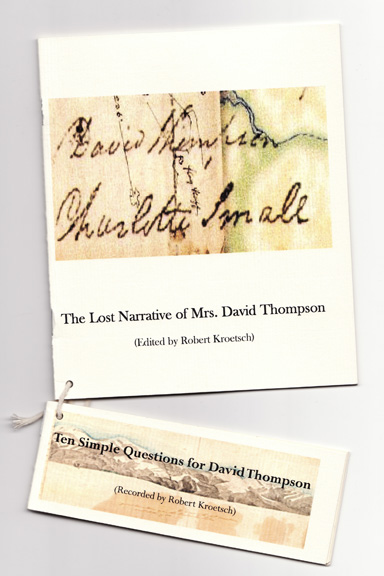 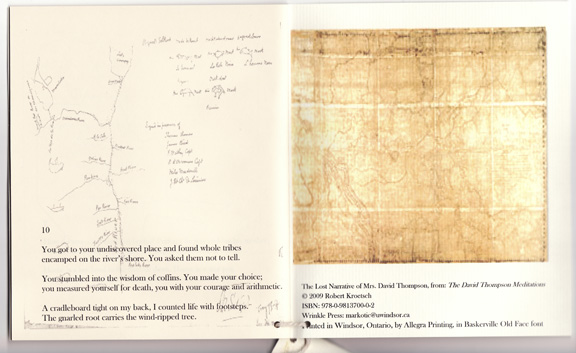 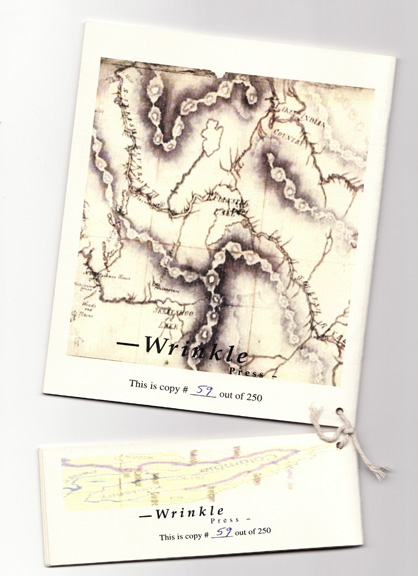 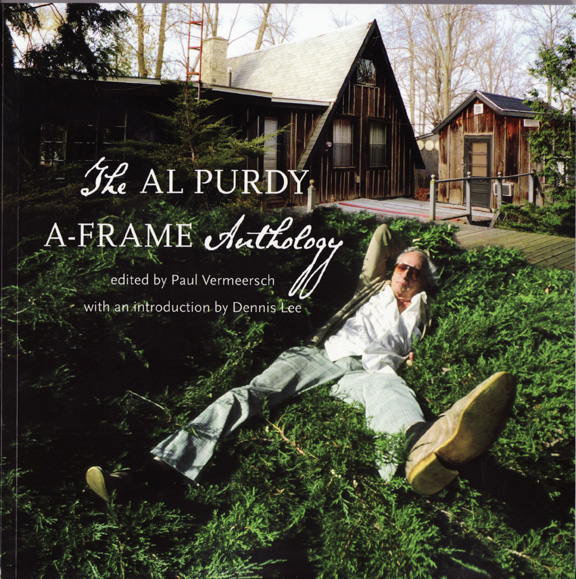 Harbour Publishing will hold a book launch and a fund raiser at the Community Arts Council Gallery of Greater Victoria (1001 Douglas Street) on Friday November 27 at 7PM for the Al Purdy A-Frame Anthology, edited by Paul Vermeersch. Victoria’s Poet Laureate Linda Rogers will host the event and poets Susan Stenson, Peter Trower and Len Gasparini will read poems and reminiscences from the anthology. The event, and others like it across Canada, will help raise funds to preserve the late Al Purdy’s A-frame house as retreat for writers.

Paintings surround writer Will Ferguson as he signs copies of his latest book, the travel memoir Beyond Belfast, following a reading hosted by Munro’s Books at the Art Gallery of Greater Victoria. 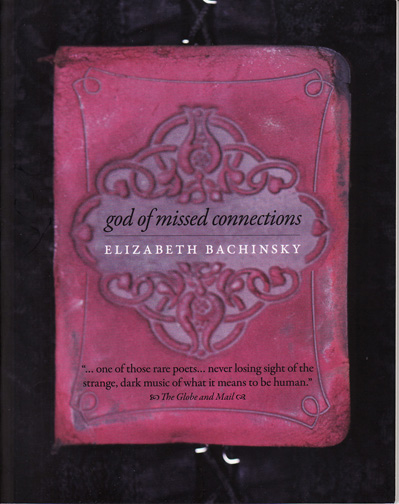 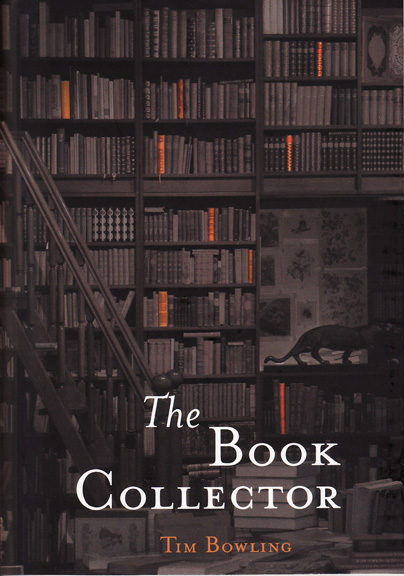 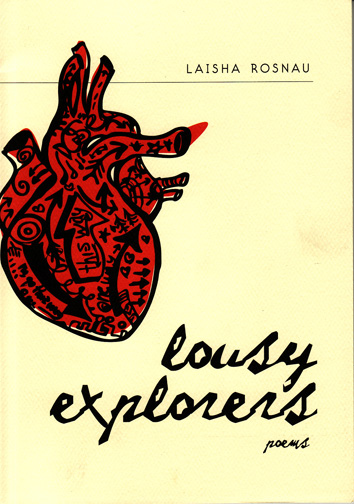 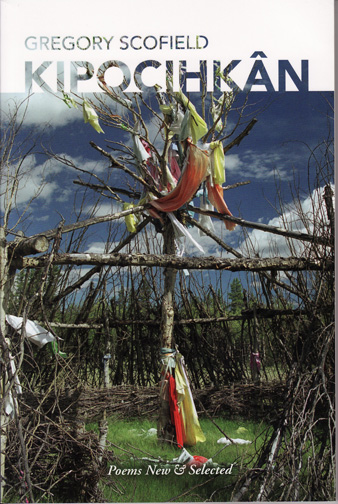 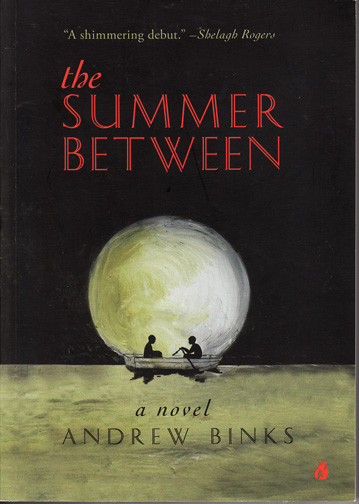 This in from Robert Wiersema, the Victoria writer has a new novella coming out, get your order in for the limited edition which sounds like a great deal:

Chizine Publications has announced the release, this fall, of The World More Full of Weeping, a new novella by Robert J. Wiersema, author of the bestselling novel Before I Wake.

To quote from their synopsis: “When eleven-year-old Brian Page disappears in the woods, the entire community of Henderson rallies around his family, sending searchers into the darkening forest. But what appears to be a simple nature walk gone wrong takes an ominous turn when his father Jeff is reminded that he disappeared into the same woods a quarter century earlier, an incident of which he has no memory. What secrets lie in the mysterious forest? Will Brian follow in his father’s footsteps, and emerge shaking into the arms of his family, or will he be claimed by the eternal twilight of the trees?”

The World More Full of Weeping will be published in two editions, both of which will include, in addition to the novella, a lengthy essay entitled Places and Names, describing how the town of Henderson came to be the recurring setting for some of Wiersema’s fiction.

(By the way, these are going to be beautiful little books, smaller than your average volume, with a gorgeous, haunting cover by Erik Mohr. It’s not a long book, probably about 120 pages — it is a novella, after all — but it IS a good one. )

The trade paperback edition of The World More Full of Weeping will be published in September, and priced at a very appealing $12.95. We’ll be carrying the book as regular stock, and, why yes, there will probably be a launch at the store, if we can get Wiersema to agree to it.

There will also, however, be a limited collector’s edition hardcover published later in the fall (with a very reasonable price of about $35).

This hardcover, which as a bonus will include The Small Rain Down, a previously unpublished short story also set in Henderson, will be published in November. It will be signed by both the author and the cover artist, and will be numbered. (The print run of the limited edition will be determined by the number of people who pre-order it between now and mid-August — once the pre-order period ends, no further copies will be printed. Ever.)

As a rule, ChiZine’s limited editions have only ever been available for direct order on-line. Through a special negotiation with the publisher, however, Bolen Books has arranged to have a limited number of these books available for in-store sale upon its publication.

If you are interested in purchasing this very limited edition, please pre-order it now via email to books@bolen.bc.ca.

Canadian writer Michael Ignatieff, also known in certain circles for being the leader of the federal Liberal party, was on hand for the afternoon book signing of his latest publication True Patriot Love at Victoria’s Munro’s book store. A huge lineup snaked through the store and outside and down the sidewalk as people waited for a chance to have their book signed. 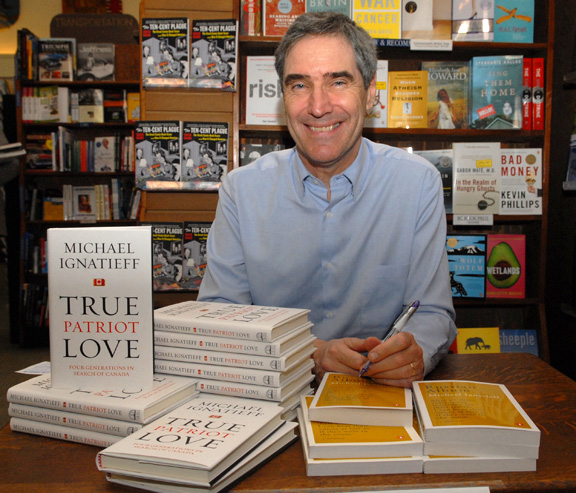 A smile for the camera 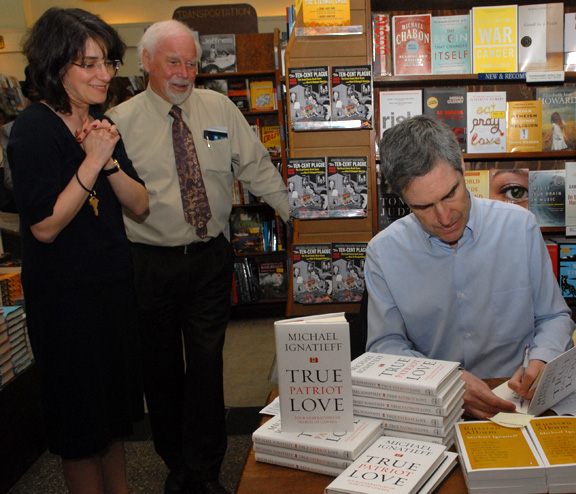 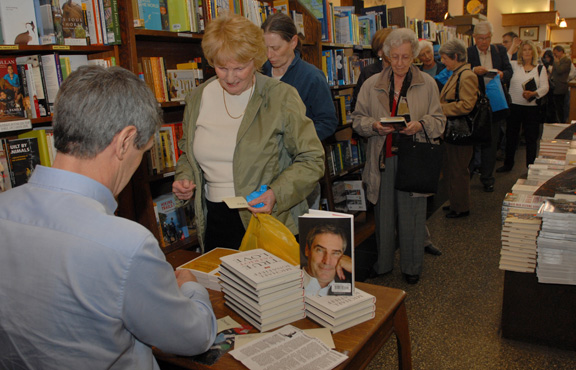 The line up inside Munro’s 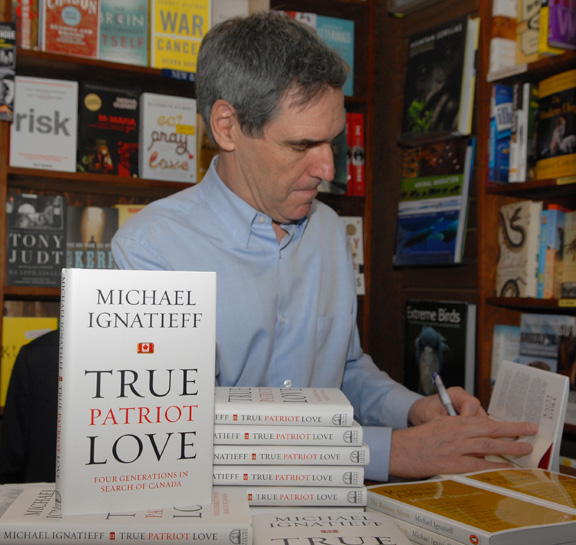 The Grande Dame of Canadian Letters, P.K. (Patricia Kathleen)  Page, launched her latest book ‘You are Here’ , published by Hedgerow Press, with a book reading and signing at the Winchester Galleries Humboldt Street location in Victoria. The 92-year-old Page, who is especially noted for her poetry, has had nearly forty books published in genres including memoirs, fiction, non-fiction, children’s literature, written a libretto and is a noted painter under the name P. K. Irwin. She has two more books coming out in 2009. 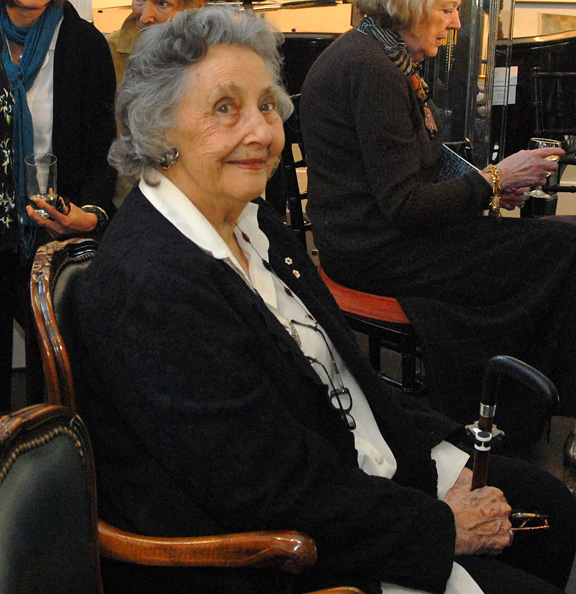 P. K. Page waits for the reading to begin 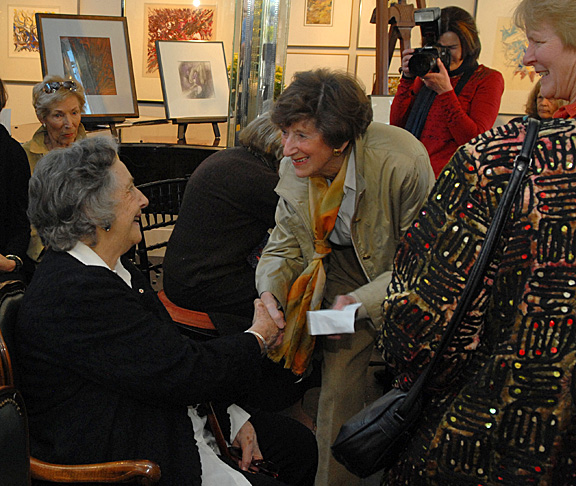 Greeting friends and the press 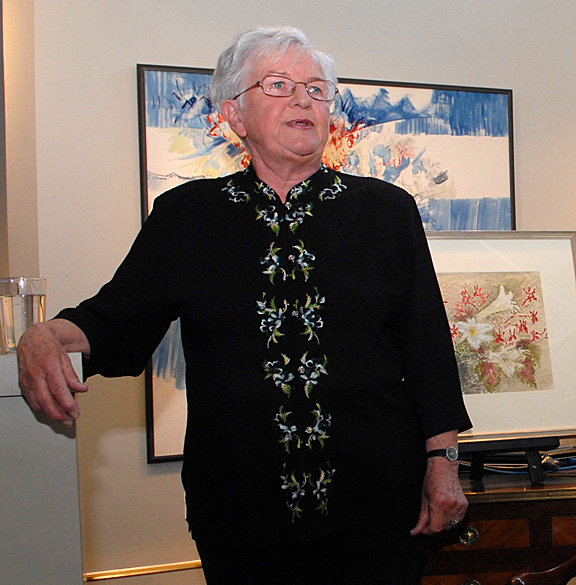 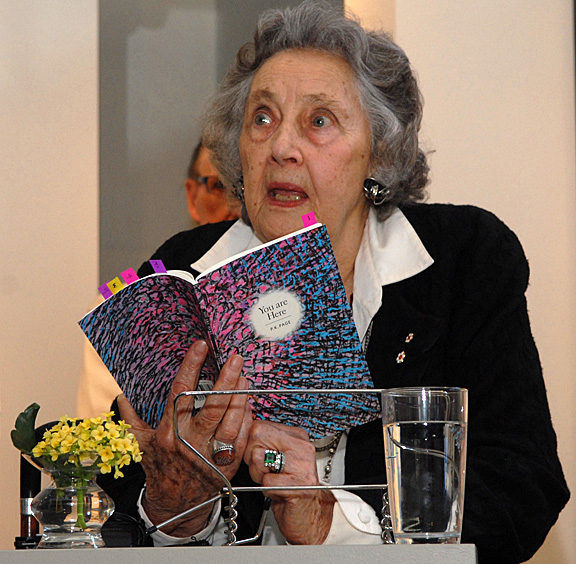 Reading from You are Here 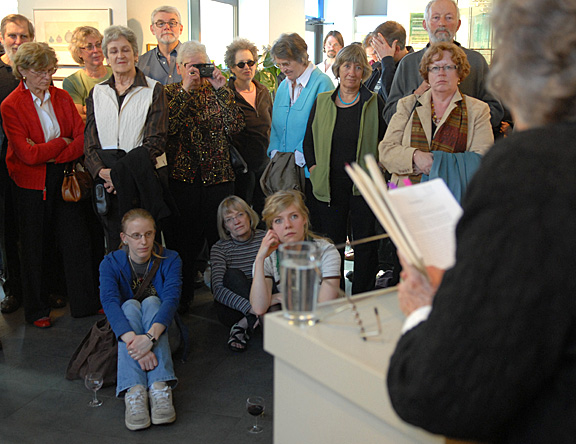 An attentive crowd listens during the reading 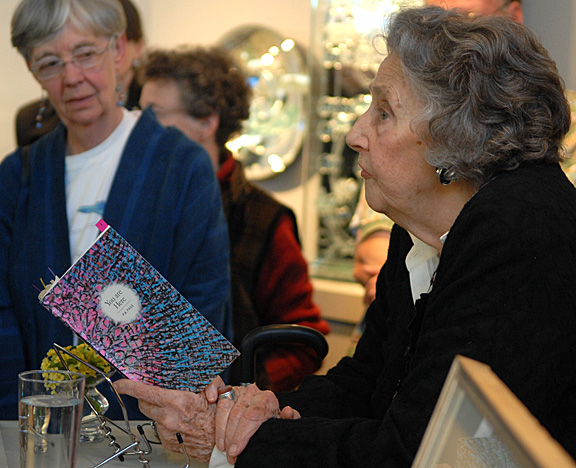 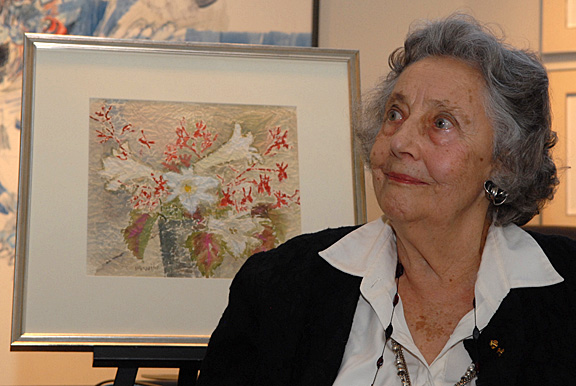 The painting on the easel behind her is one of P.K.’s creations 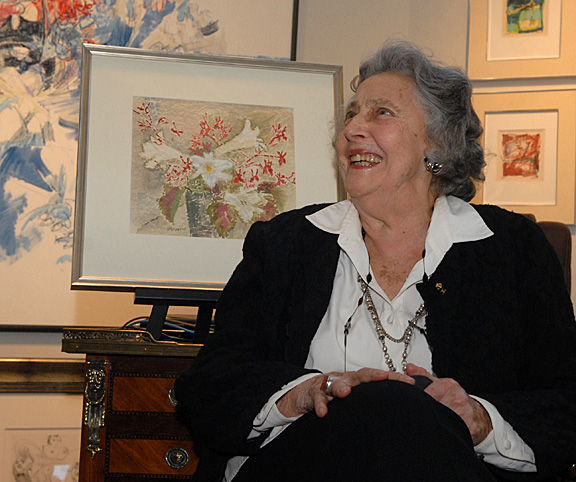 Relaxing after the reading 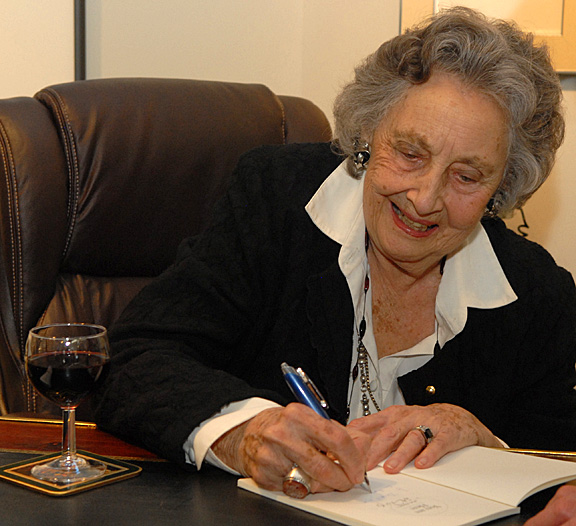 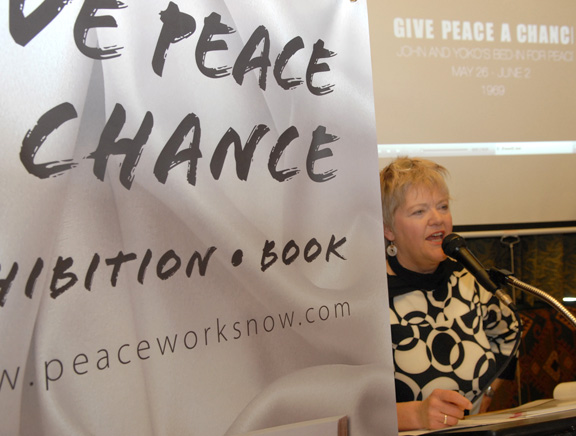 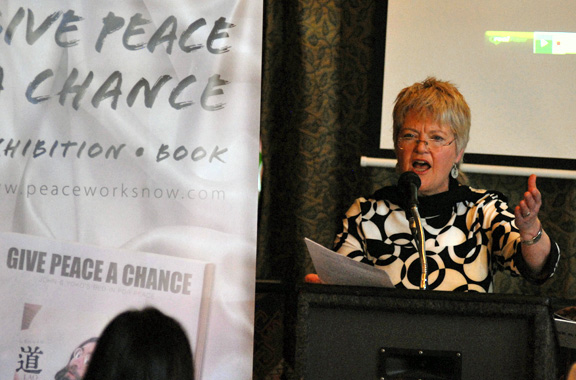 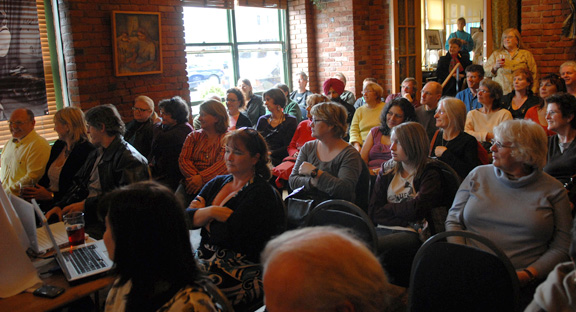 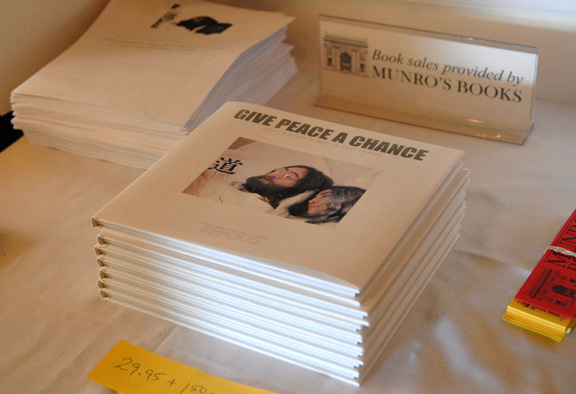