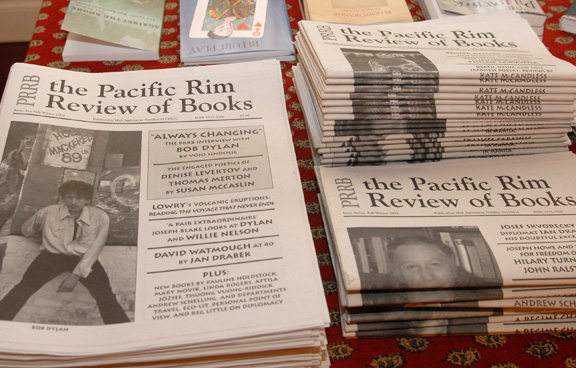 The new edition, at left, features an interview with Bob Dylan 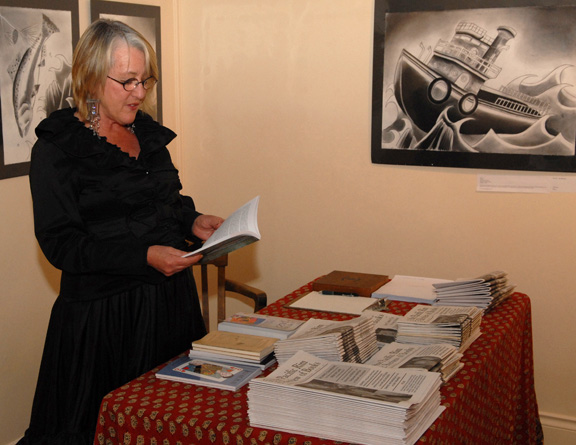 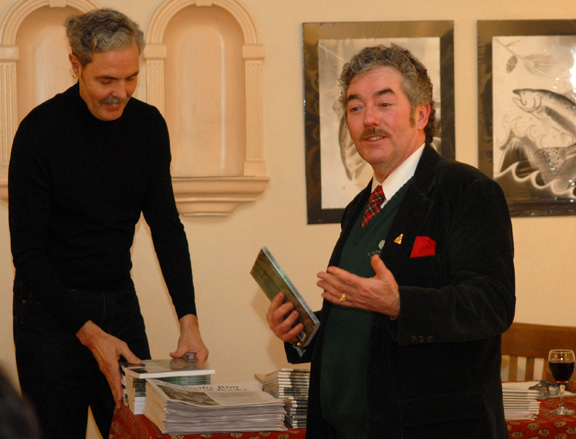 Gallery owner Martin Batchelor (at back)  as Trevor Carolan welcomes the crowd. 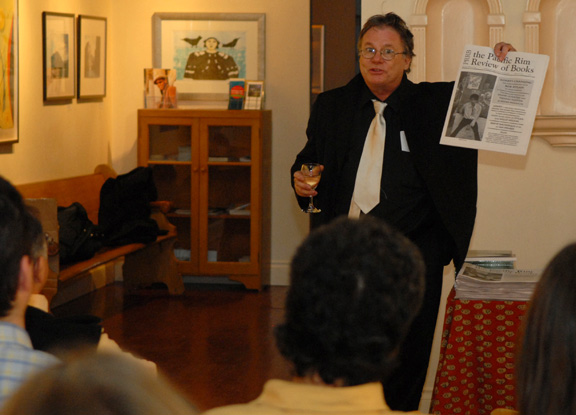 Richard Olafson shows off the latest edition of the PRRB 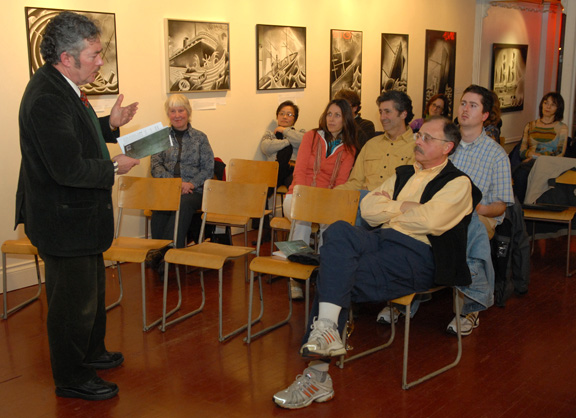 Trevor Carolan reads from a review of a Leonard Cohen book

Jim Christy launched his new novel Nine O’Clock Gun, published by Ekstasis Editions as part of their Ekstasis Noir lineup, at Victoria’s James Joyce Bistro. The book is the fourth and final novel to feature private eye Gene Castle. Christy, a poet, novelist and essayist, is also a musician and is off to Australia for a month long tour to promote his new CD down under. 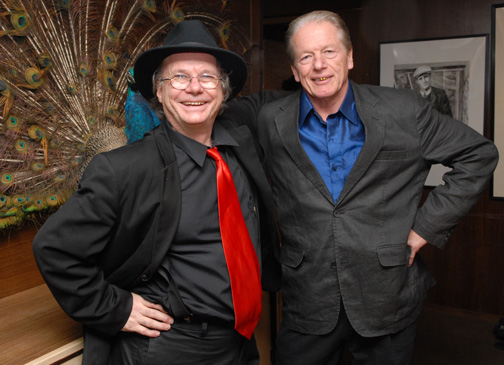 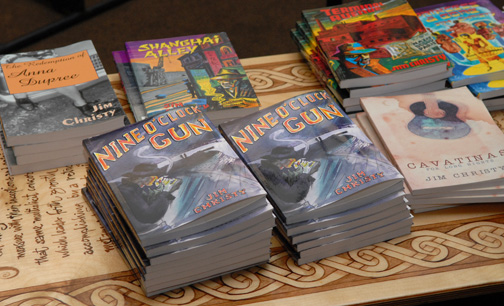 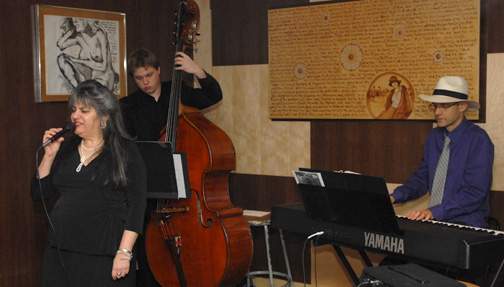 The Trio Espresso warmed up the crowd and backed up Christy during his reading. 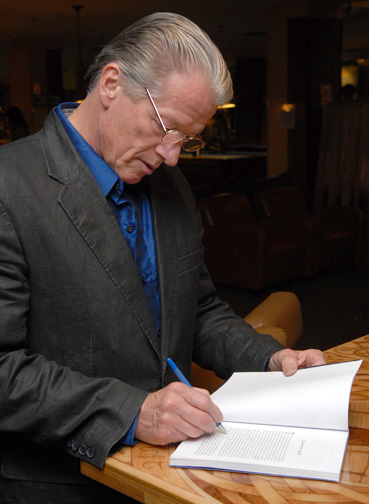 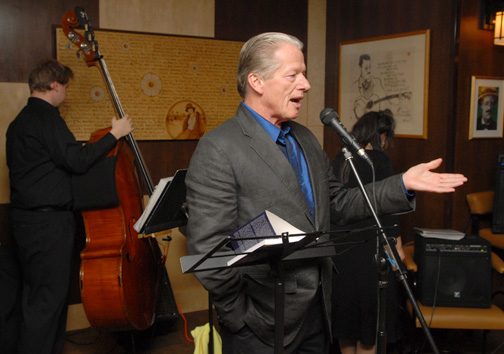 Jim Christy talking to the crowd. 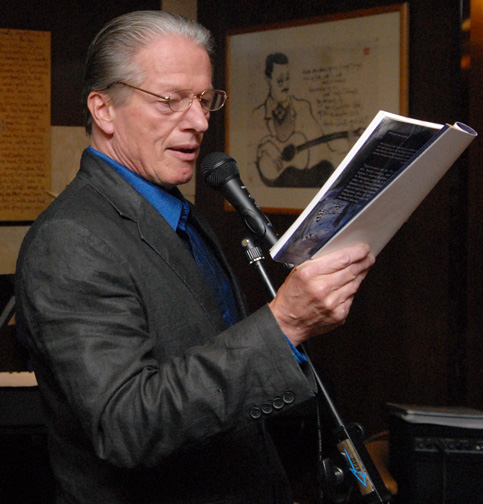