With the title of Malcolm Lowry’s posthumously published novel October Ferry To Gabriola in my head (even though it’s November) I boarded the ferry in Nanaimo to head over an check out the 6th Annual Poetry Gabriola Festival at the Surf Lodge. I had a great time, saw a few familiar faces and met a lot of new people. Artistic Director Hilary Peach and her crew are doing a great job with this island festival. I saw a great group performance, learned a little about haiku, heard an imromptu ukele and voice duet, was read to and listened to an amazing panel discussion.  The only downside was having to leave before Saturday’s evening events including an show featuring Christian Bök, Alexis O’Hara and Paul Dutton which would have been amazing I’m sure. 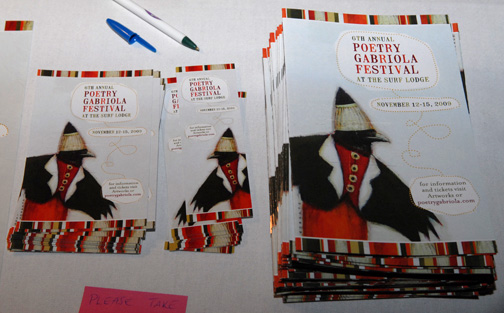 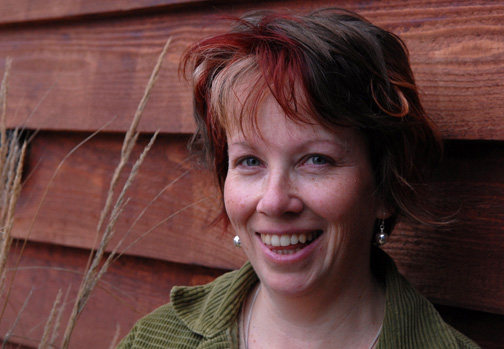 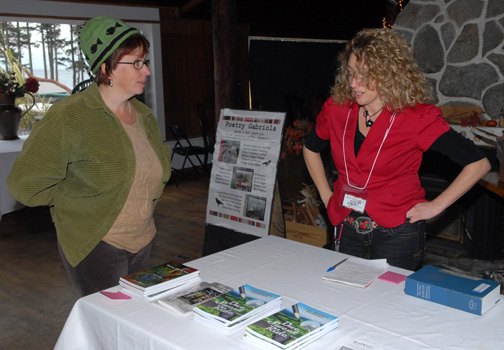 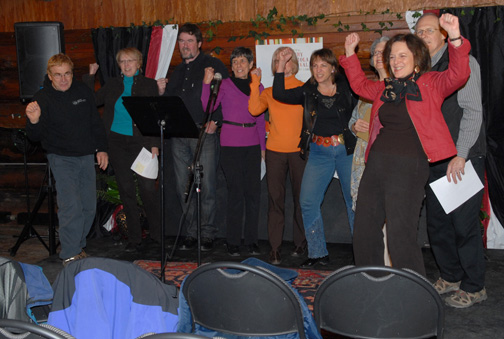 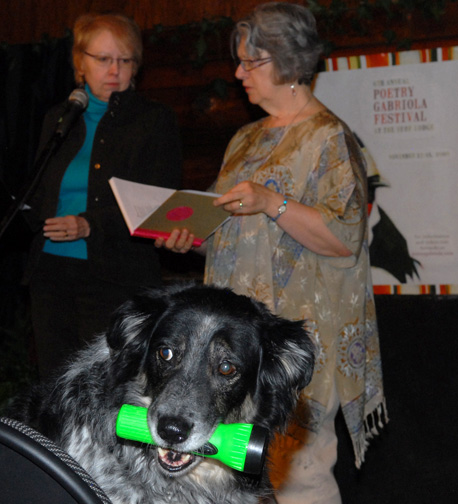 The lighting director checks out the stage action 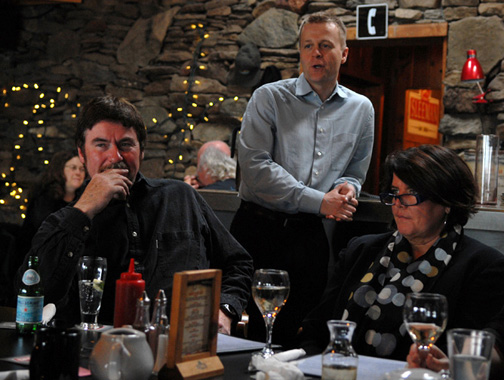 Lunch in the Surf pub 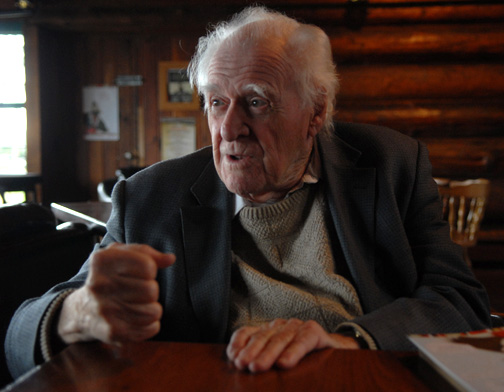 Antony Holland in the Surf pub, he was performing Sunday 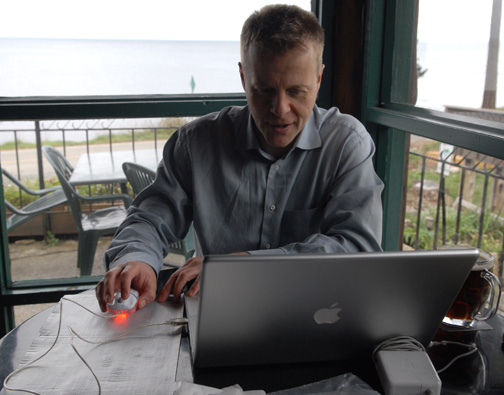 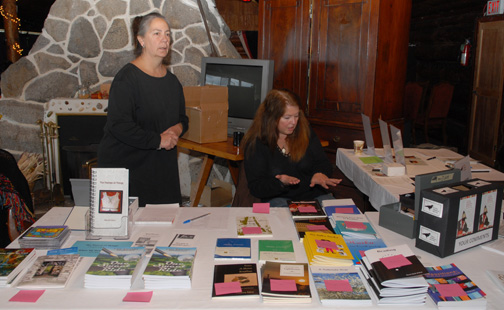 Books and Cd’s on sale 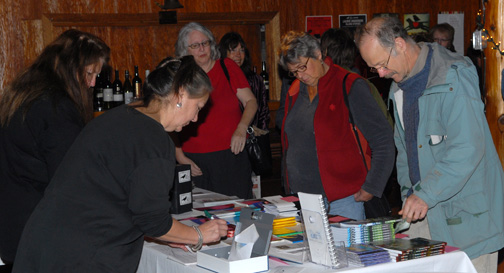 Checking out the merchandise 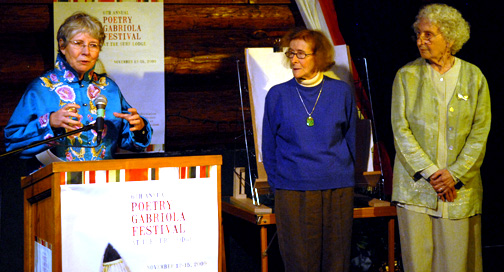 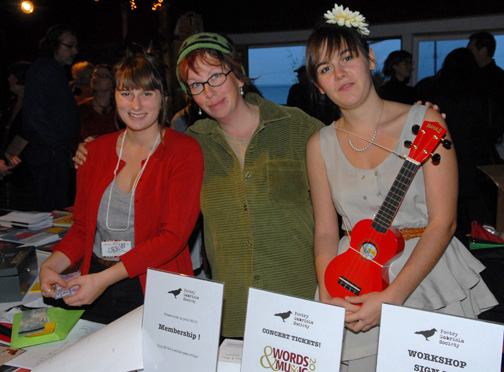 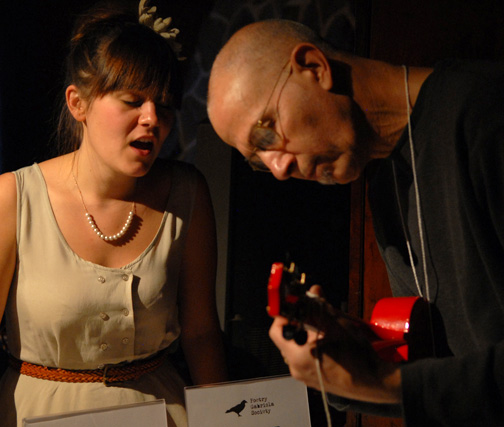 An impromtu ukele and voice duet 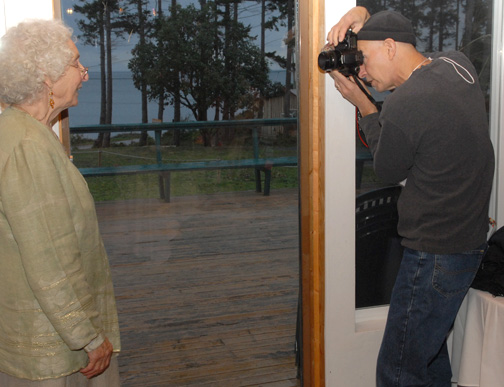 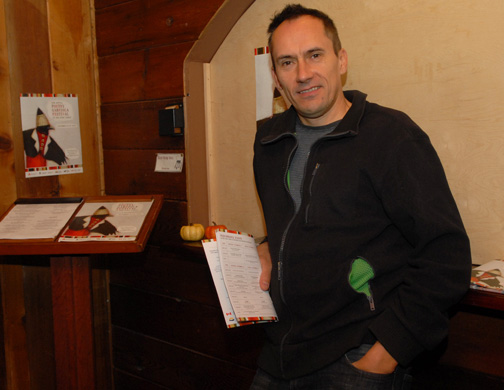 Poet and psychotherapist Drek Daa arrives at the Surf Lodge 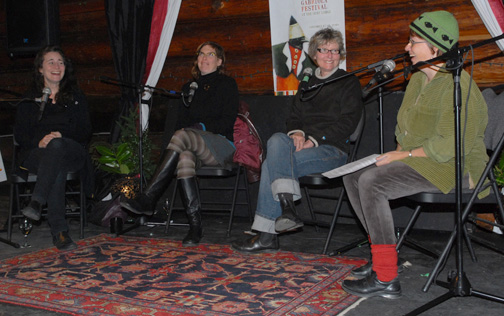 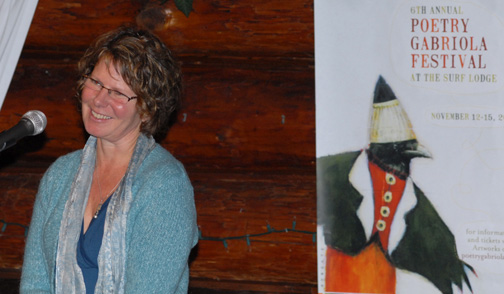 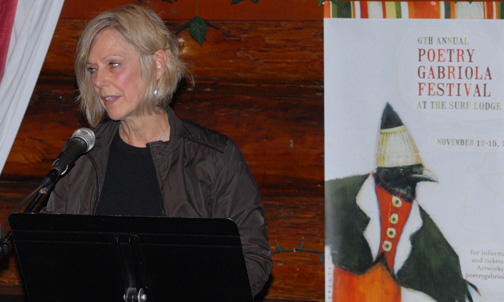 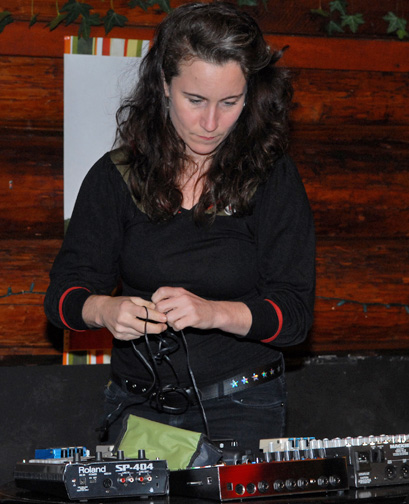